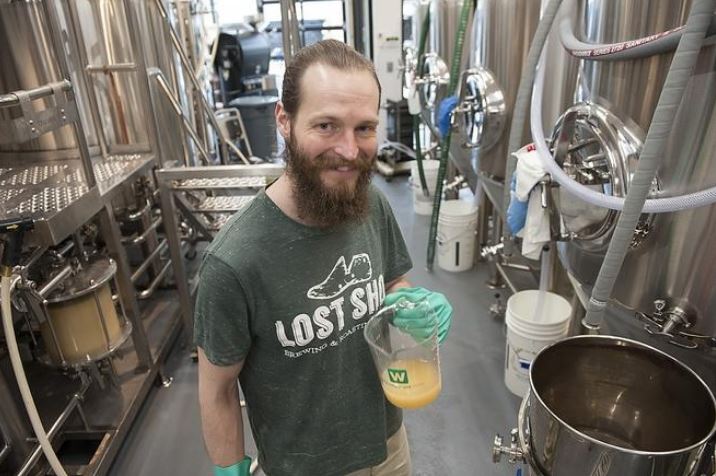 Lost Shoe Brewing and Roasting Company – a brewery and coffee roaster – opened its doors Saturday at the former Speakers nightclub on Weed Street. The brewery and roaster held a private soft opening for friends and family members Thursday. J.P. and Melynda Gallagher have worked for the past year and a half to turn the former nightclub into a combination coffee house and taproom.

“We’ve put everything we have into this,” said Melynda Gallagher. “We’re so excited to share it with people.”

The Gallaghers, who both grew up in Marlborough, first started developing their business plan for a brewery and coffee roasting concept in 2012, but eventually had to put it on the backburner. A few years ago, the couple finalized their business plan and decided to bring their concept to their hometown.

Congratulations and cheers from Austin Design to our friends at Lost Shoe! #designmurgy

On the Cover of the WMAIA Winter Newsletter

We’re on the cover of the Western Massachusetts AIA Winter Newsletter! By “we” - plural pronoun - we mean that the cover photo...

With planning by Austin Design, Artifact Cider Project has begun construction to open a second taproom in Central Square. A new...

Austin Design had already begun working with the partners on their next step, an equally sized warehouse and cold storage...

The entrance to our client Mocha Joe’s Roasting Company at 35 Frost Street in Brattleboro, VT. Photo by our staff member and...

From @TreeHouseBrewCo Twitter account: The steel frame for the new outdoor patio/office expansion is going up quickly at the...

Oakholm Brewing, under construction now in Brookfield, MA, but already serving! The Bros posted today an updated version of the...