For their new vacation home, a family of six wanted a residence that would remind them of their time living in Switzerland and would also be nestled into the quieter New England landscape.

A Vacation Home Inspired by the  Mountain Chalets of Switzerland

The design was inspired, in part, by the traditional chalets surrounding Klosters, Switzerland, which sit on equally challenging sites. The post-and-beam frame, windows and exterior doors, siding, flooring, millwork, and cabinetry were custom-made by New England craftsmen using recycled wood.

For their new vacation home, a family of six wanted a residence that would remind them of their time living in Switzerland and would also be integrated to the quieter New England landscape. Cradled between a mountain slope and ski trails, the Mountain House feels as though it has been there for years. The rocky, wooded site presented many constraints, yet the house is seated serenely into the slope of the land, unifying the built with the natural.

Our clients, Val and Marten Hoekstra were nearing the end of their time in Zurich where Marten was a bank executive. They had the briefest of briefs (program), that the house be able to accommodate a large extended family and be a very quiet home. The Mount Snow slope side lot was constricted by two streams, a public ski trail through the lot and the ski slope itself. Vermont’s conservation regulations (Act 250) limited the buildable footprint to under 5000 square feet. The clients wanted certain features like the stonework and interior finishes to match the indigenous features of the 400 year old chalets they were familiar with. Also, the clients would be living in Zurich until the house was completed.

Initially, the project called for a 2500 square foot house for $1M, but ended up being 5000sf at $5M. Also, almost every component of the house went from ‘off the shelf’ to custom fabrication by local craftsmen and artisans. The culmination was the owners contracting with a small woodworking shop in Klosters, Switzerland where most of the interior wall paneling was fabricated and shipped to the site along with four craftsmen who spent six weeks doing the installation

With such a small brief, we were free to take the design wherever we wanted to. The initial concepts strongly responded to the site conditions. The owners responded well so the final design was not all that different. What changed was the degree of customization and the use of traditional design elements; so much so that our clients flew my wife and landscape architect and me to Switzerland to look at chalets and meet the craftsmen who were to fabricate the interior paneling.

The project took 3 years from the start of design to completion of the house. There was a crunch at the end because our clients were going to host 50 friends and family members for Christmas. We made the deadline, and our clients were very happy. 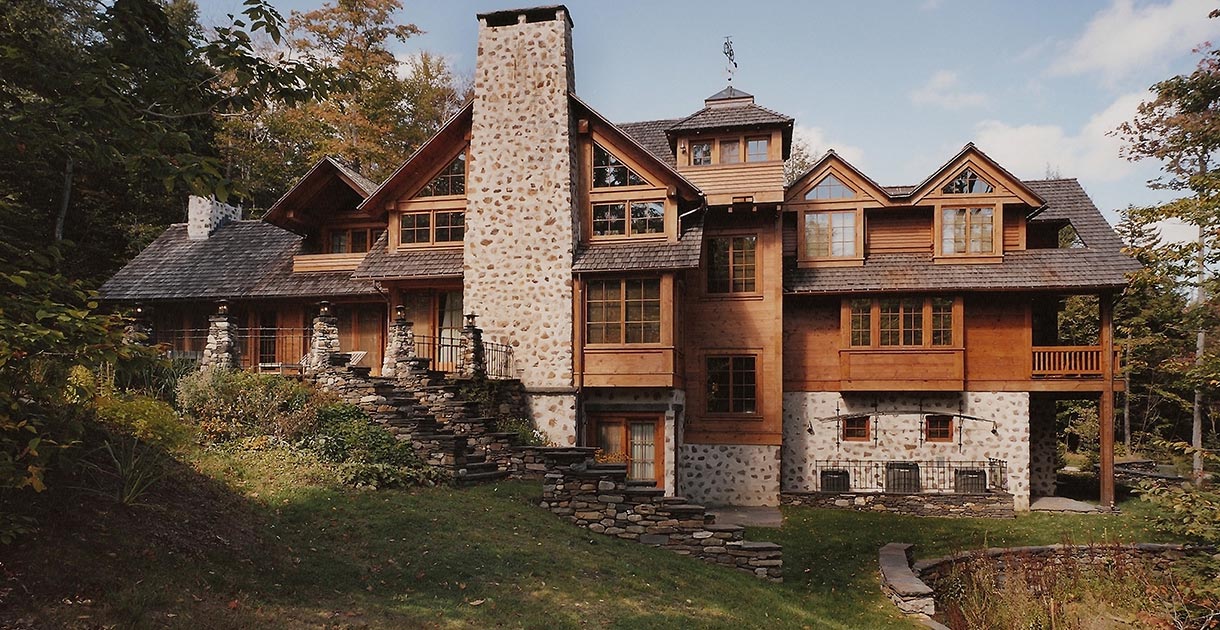 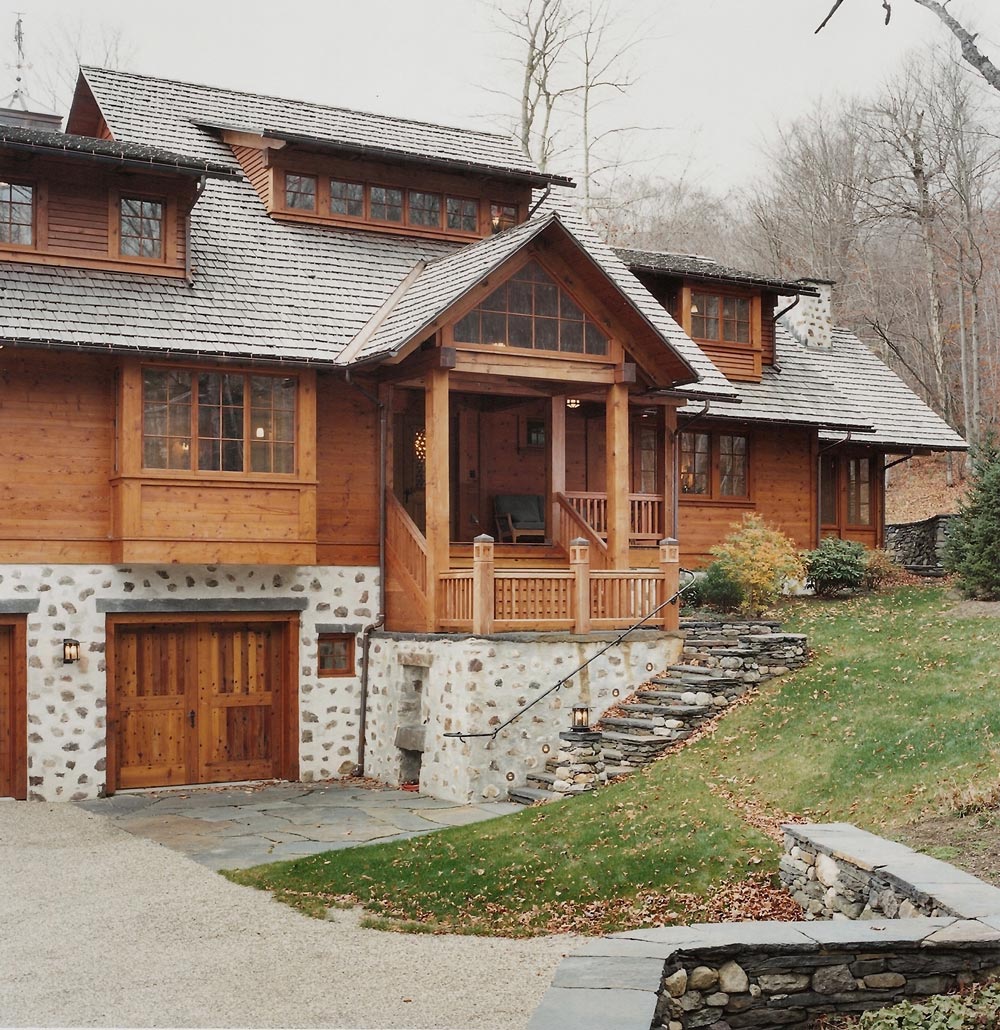 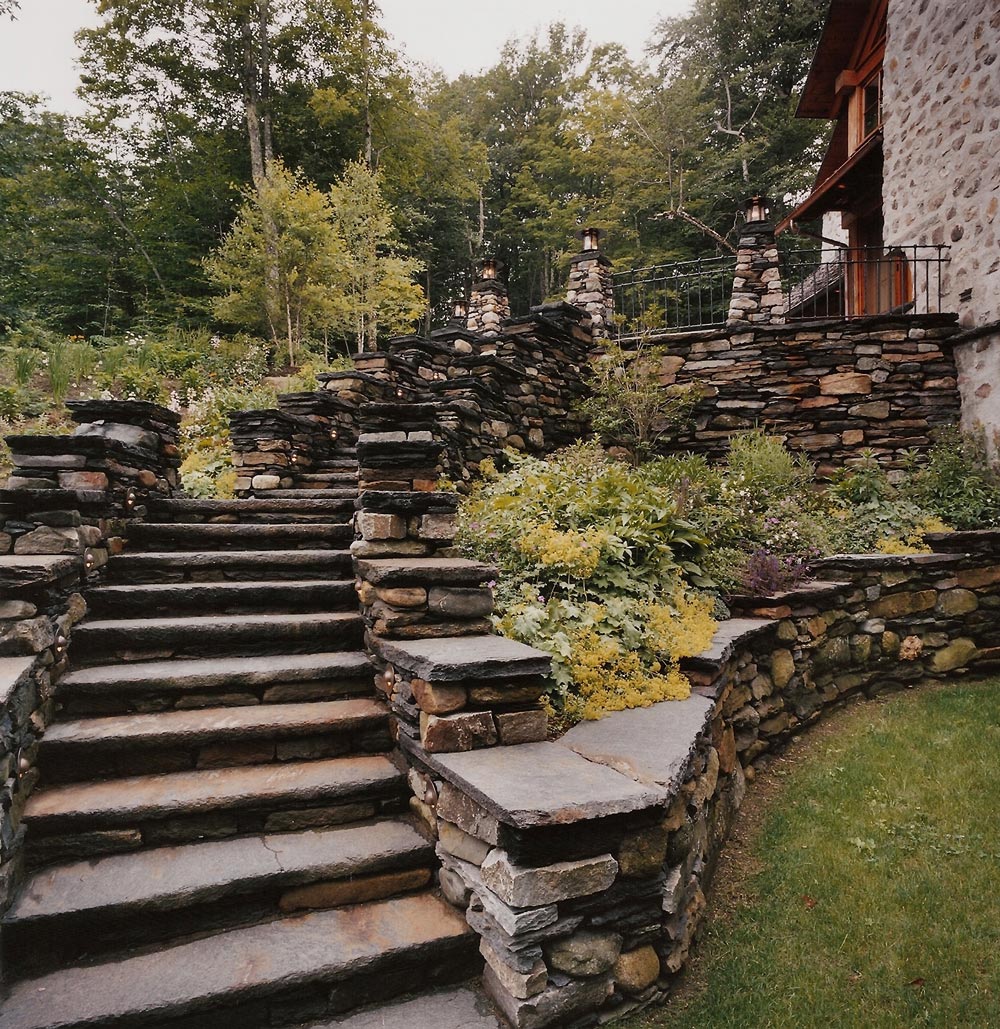 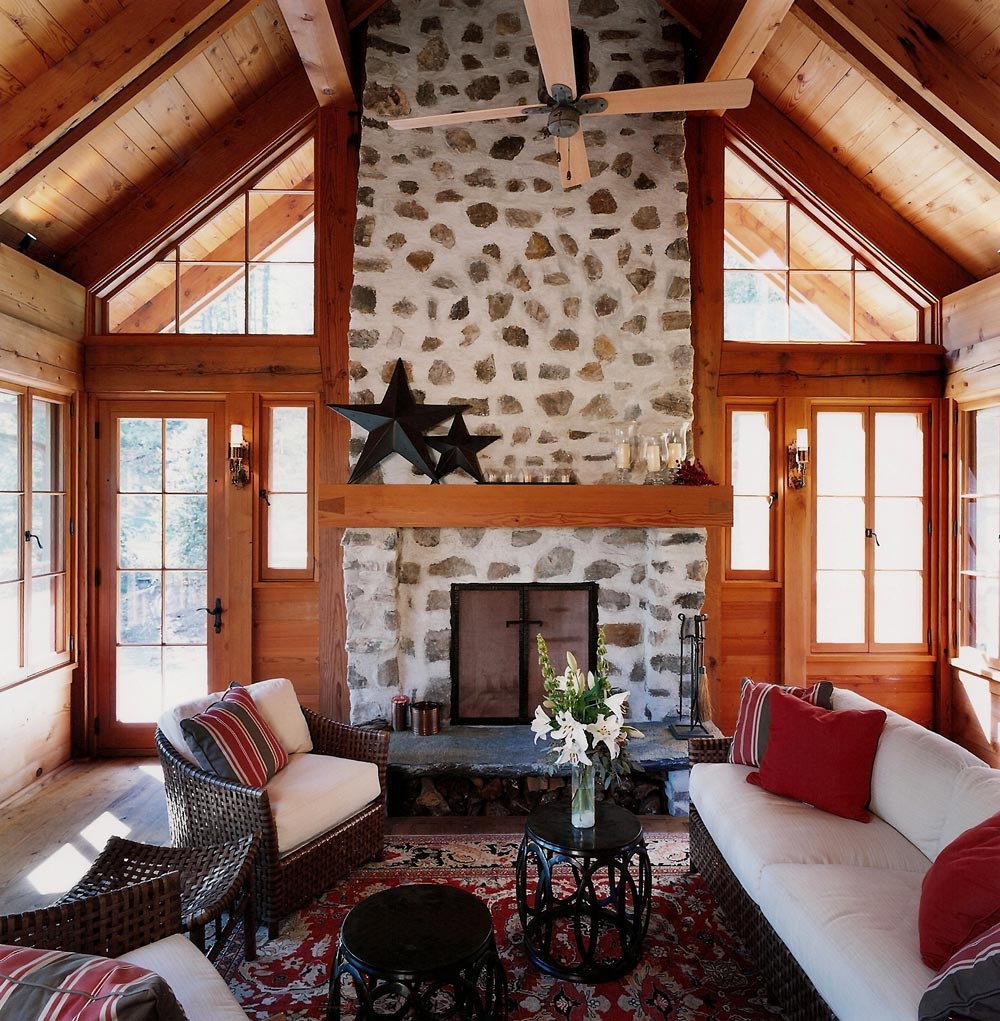 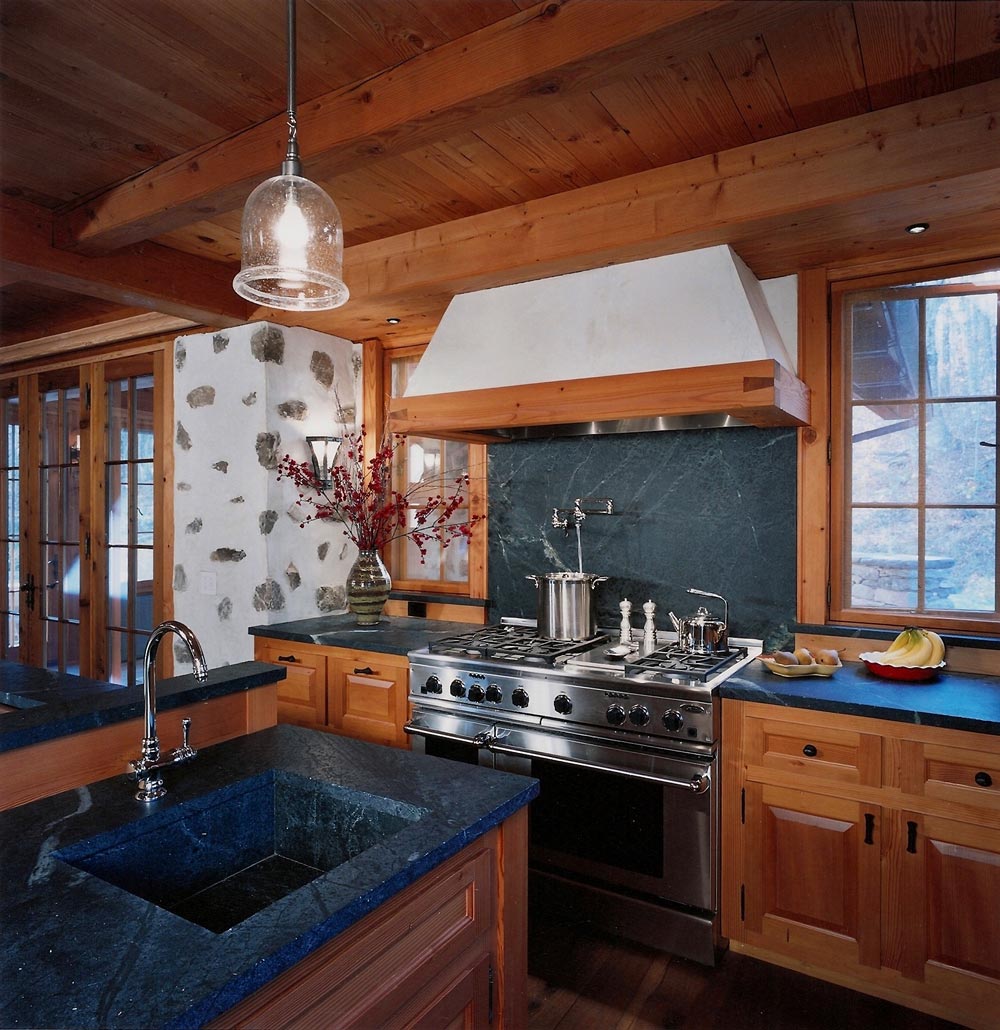 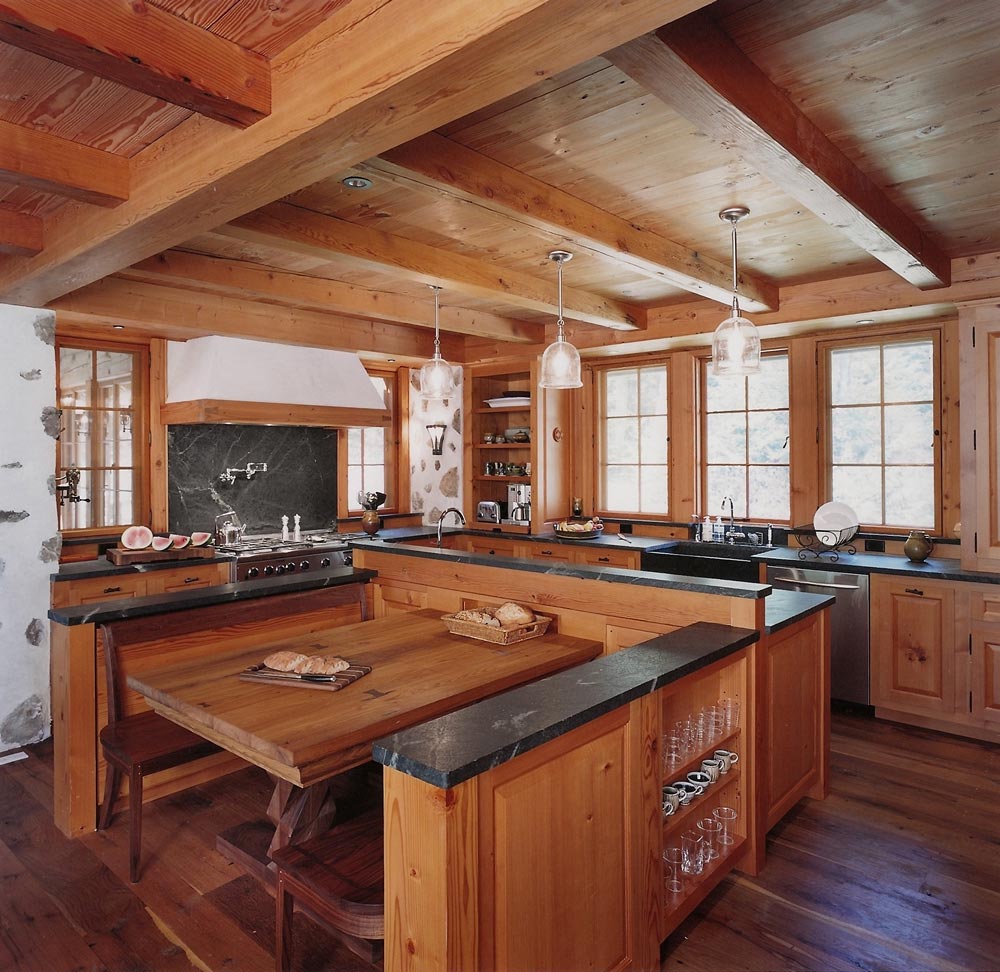 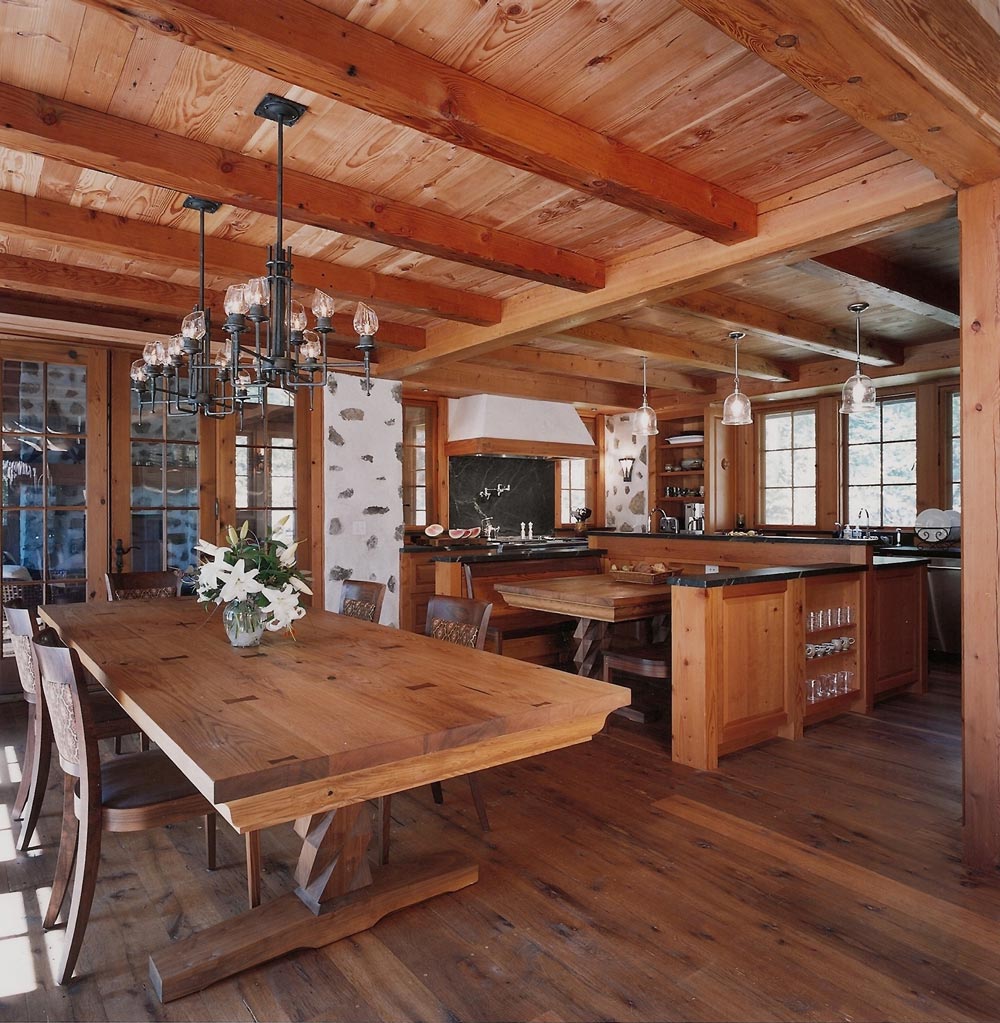 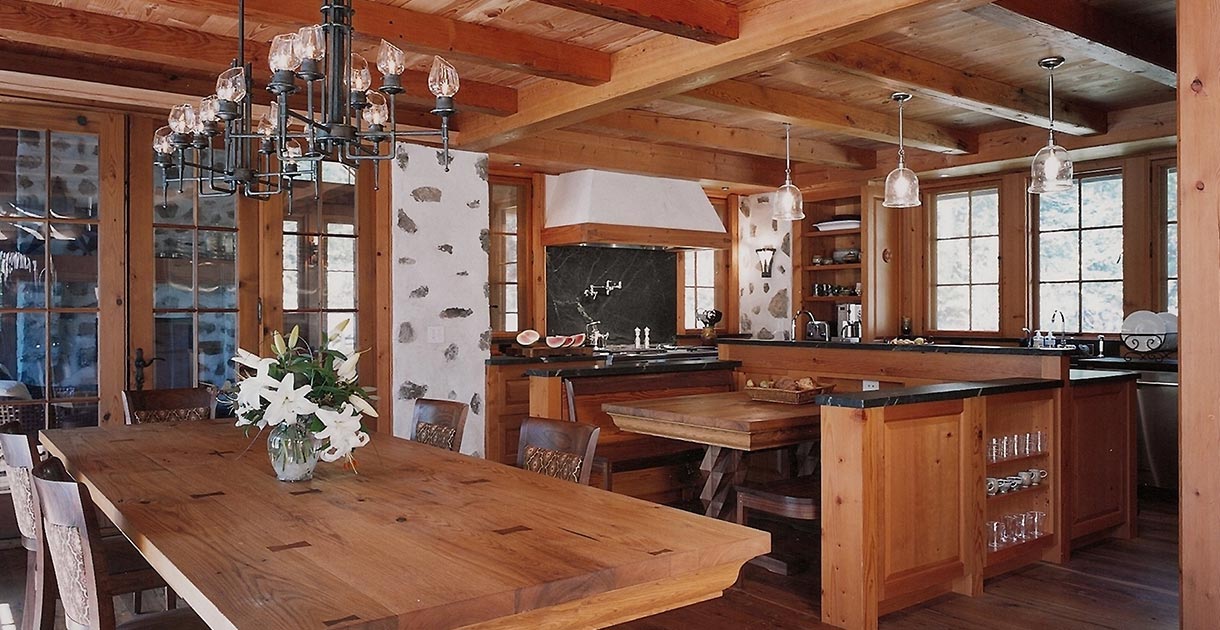