This 100-year-old brick carriage house served as the office for a fuel oil company until it was converted into a brew pub in 1986 by  the sister and brother team of Janet and Peter Egelston. In 1996, Austin Design Cooperative expanded the kitchen and moved the beer garden to the roof of the main building. Protected from the elements by taut fabric sails supported by metal armatures, the deck feels open, light-filled, and summery. The new roof deck has been enormously popular since its opening and remains one of the few places in Northampton at which you can dine outside.

In 2004, the owner came back to ADCi with the idea of expanding the restaurant’s interior to provide a large room for special events. Instead of taking away from the rooftop space, the new building accentuates the arcing sails behind it with a sweeping roof supported by large, curved beams. The overhang of the addition acts as a protective covering on the roof level: another sail among many. Inside, the high, open ceiling and expansive glass create a light and airy enclosure. The windows open onto garden space, providing natural ventilation and embracing the summer breeze. A fireplace lends a cozy mood to the space throughout the other seasons.

In 2007, as part of a comprehensive ‘deep-energy retrofit’ renovation, ADCi facilitated the installation of a Limited Use Limited Access (LULA) elevator to provide universal access to the existing mezzanine and roof deck.

Over the winter of 2013-14, the fourth and most ambitious revisioning of the Northampton Brewery was launched. Other than the 2004 sunroom and the second-floor dining room, nearly everything was reconfigured, updated, and expanded. The bar was moved and became a free-standing oval with many more seats; the kitchen was gutted and refitted, adding an open service area with pizza and rotisserie ovens; the brewery itself was completely reworked, adding large windows for daylighting, all-new easily sanitized surfaces, room for a canning line and small tours, and internal viewing from the bar. The rooftop biergarten was expanded once again and a spacious full-service covered bar added.

In 2020, The sunroom was renovated, adding two new accessible restrooms, banquettes, new flooring and improved circulation pathways.  We also renovated the brewery, helping with the layout to convert to an all-electric brewing system, and providing a new discrete seating area adjacent to the brewery with storefront glazing, putting the patrons up close and personal to the brewers and emphasizing that this is not a showpiece, but an actual brewery producing some of the finest beers in the region.  This additional seating and service provide seating for an additional 30 people, increasing profit potential for this popular hang-out.

Over the years, the challenges have been many, but the main challenge has always been providing accessibility to all the unique dining areas and maintaining the connections and experience of a working brewery.

Our solution was listening to our client, understanding the constraints and providing a cohesive design that emphasizes the brand and experience of a downtown brewery and a pioneer in New England Craft Brewing.

With each project at the NHB, the functionality of the brewery and kitchen have improved perceptively, and the user experience has become more refined, distinct, and memorable. 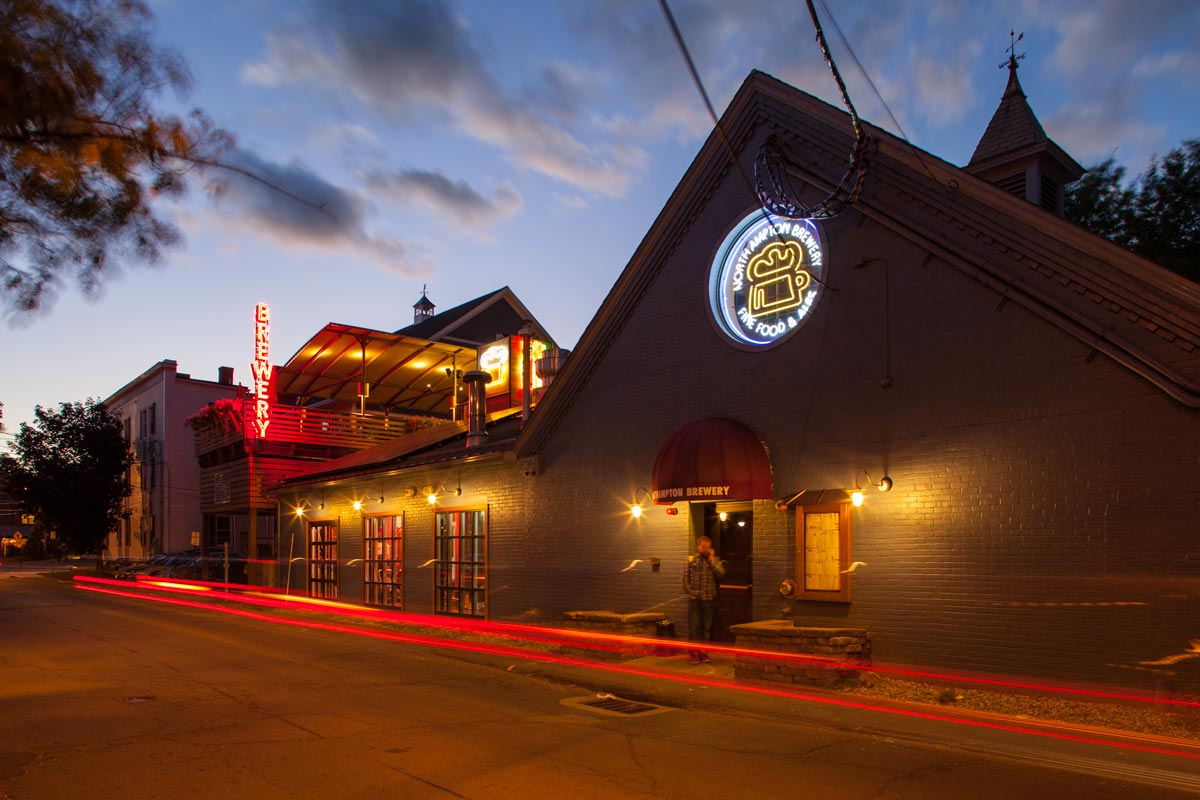 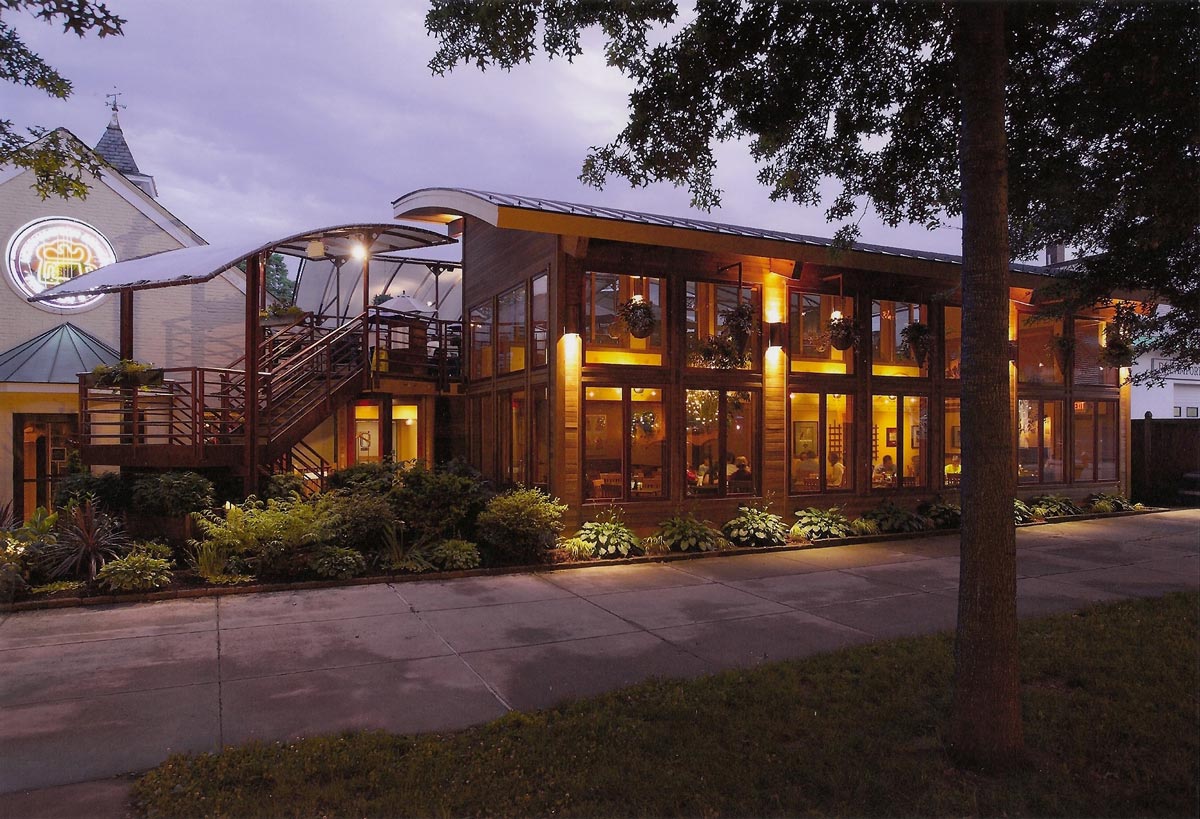 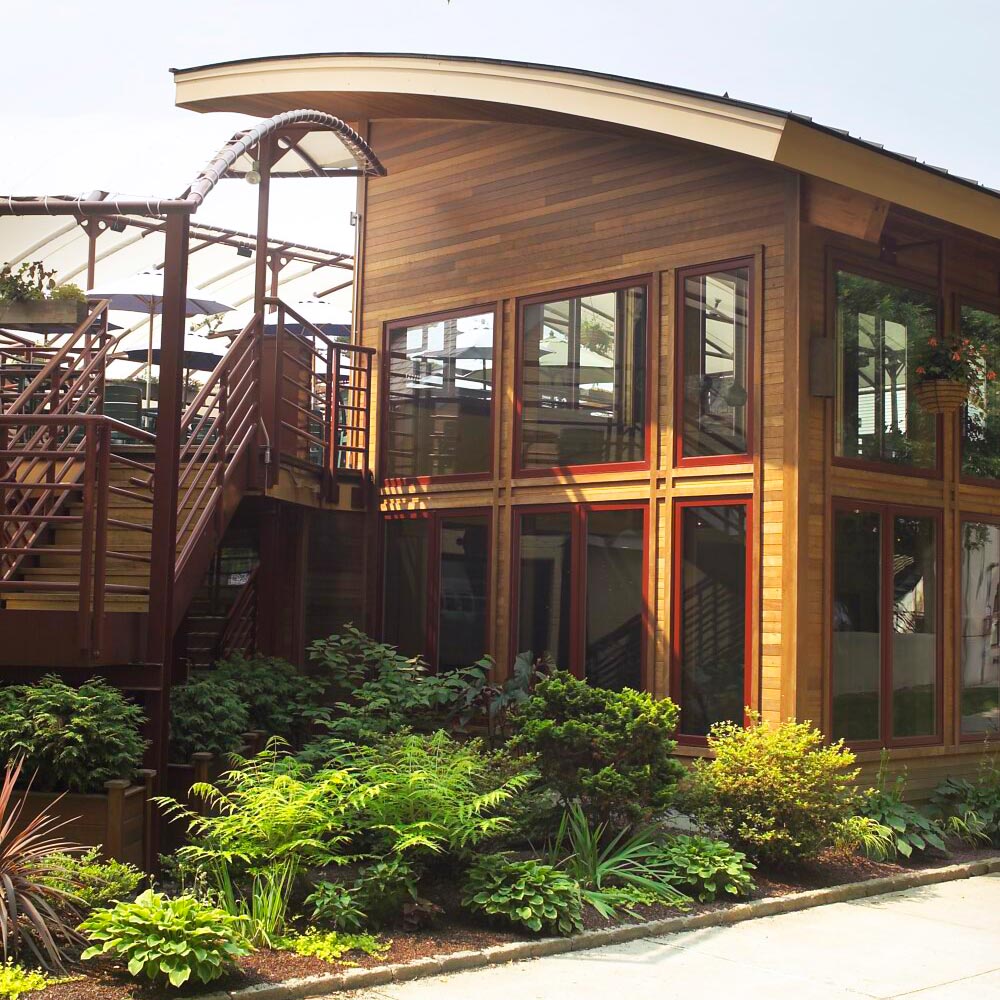 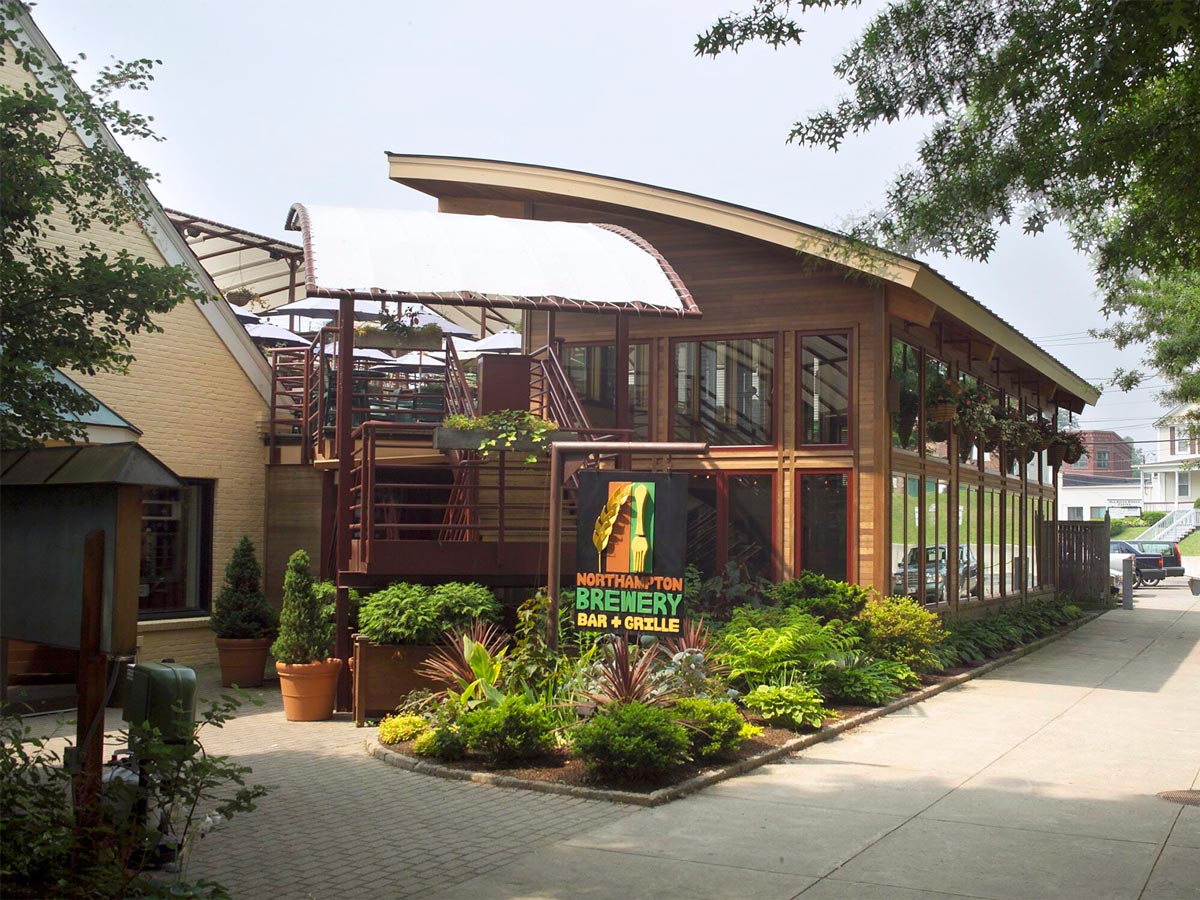 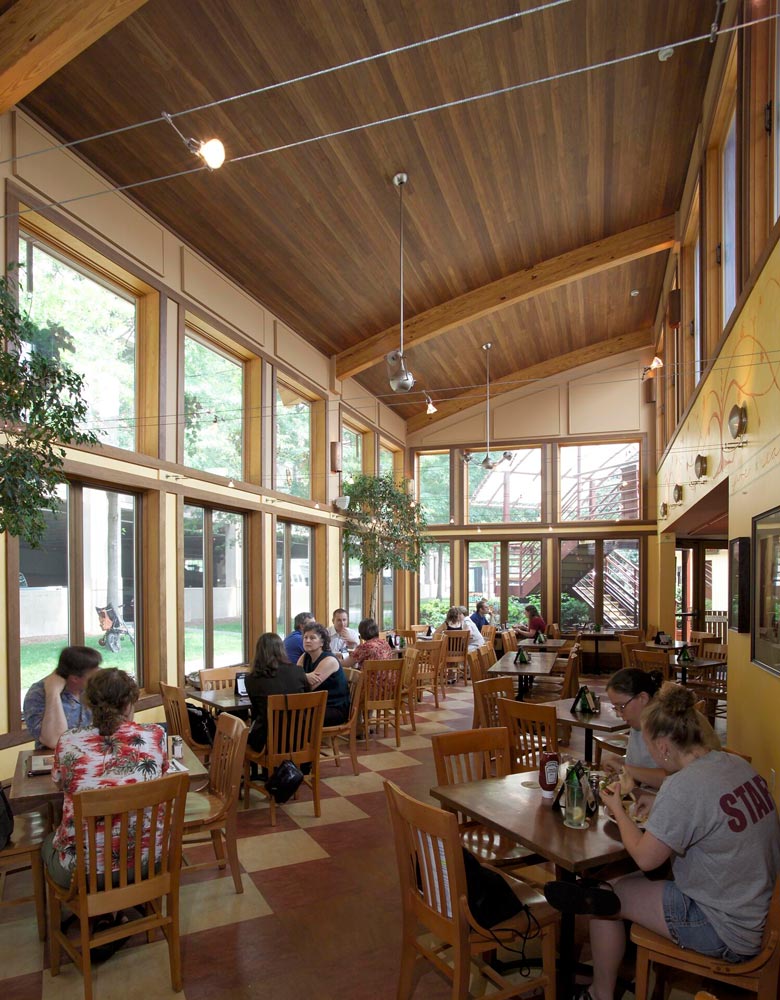 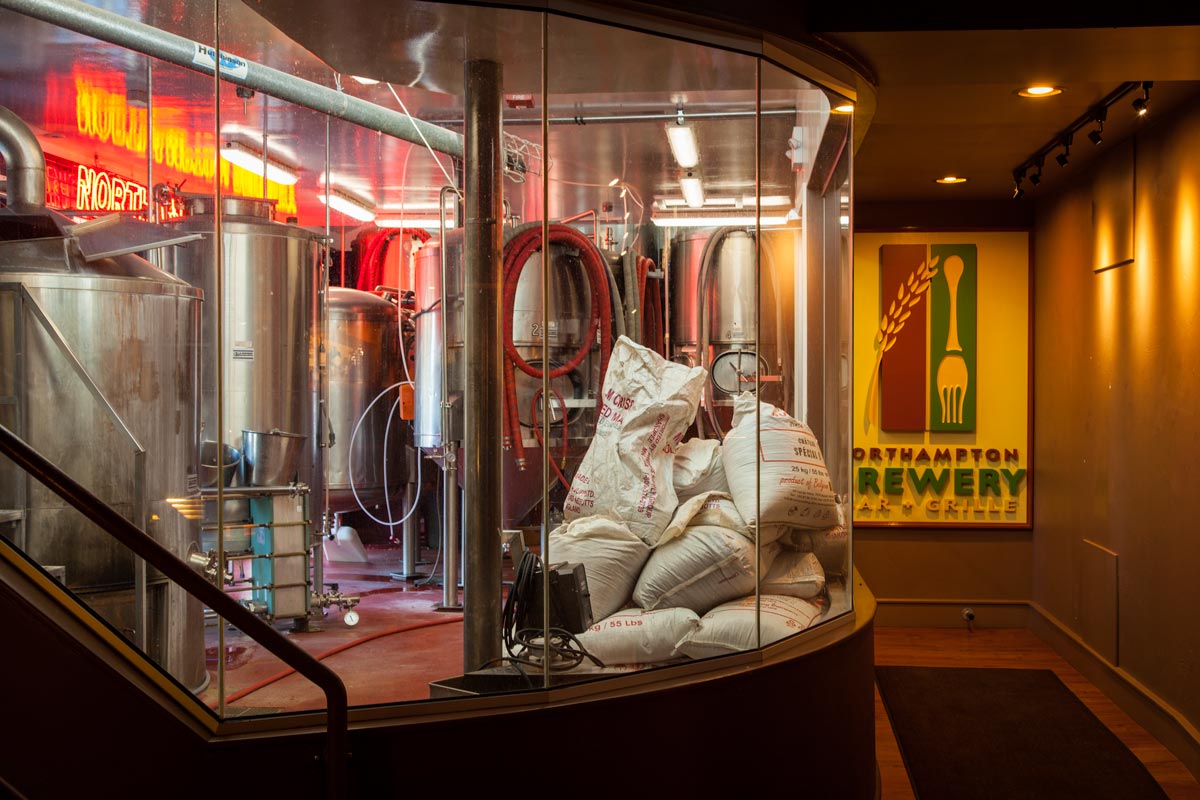 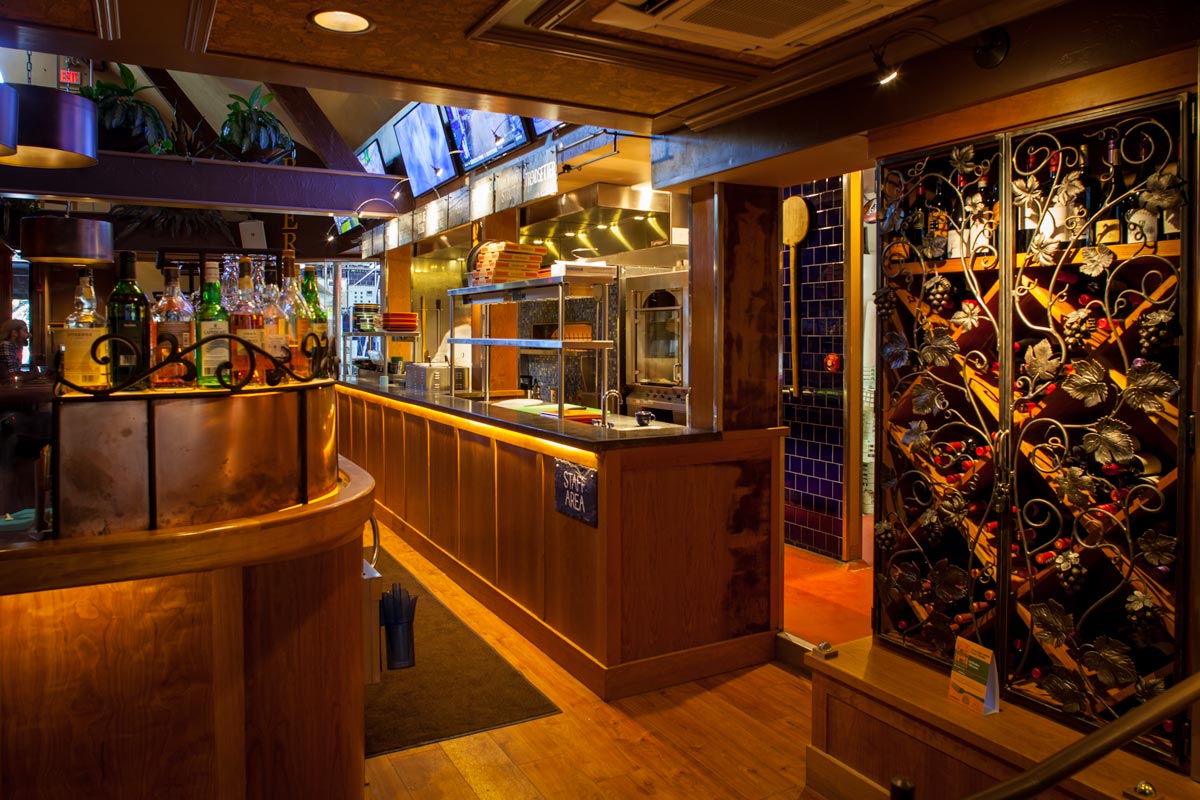 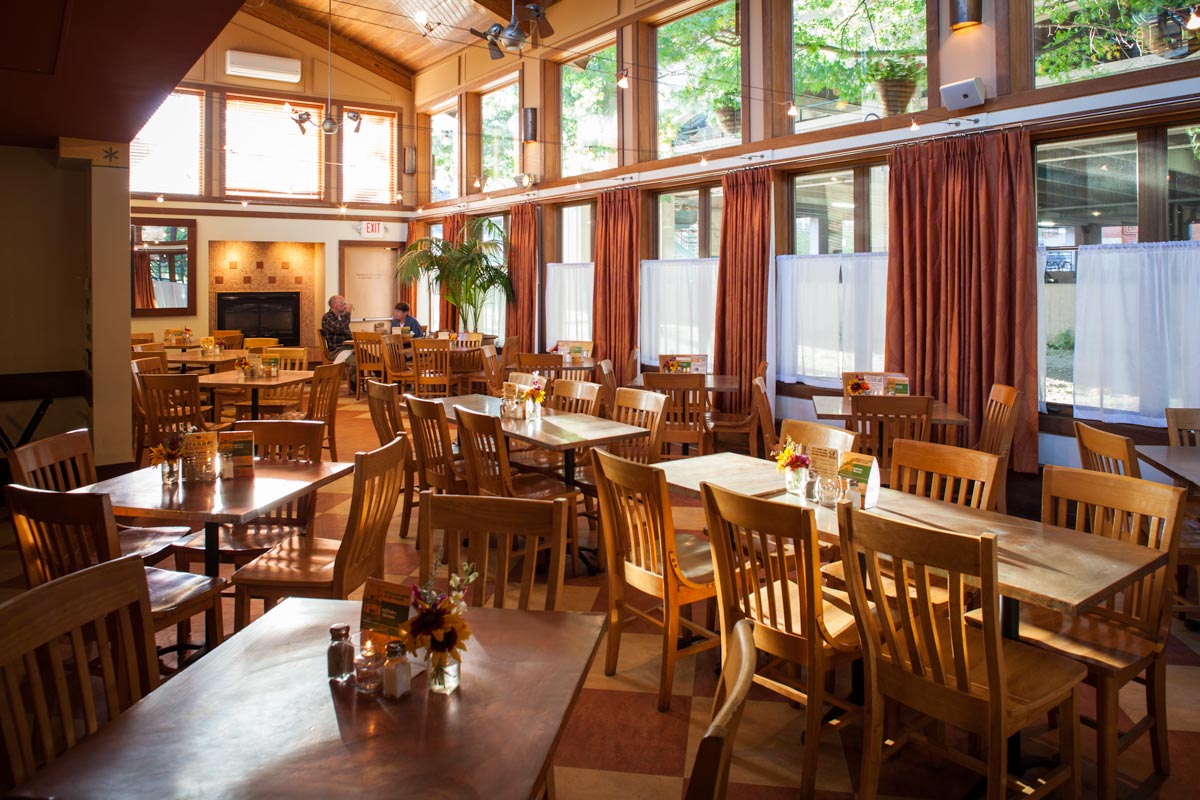 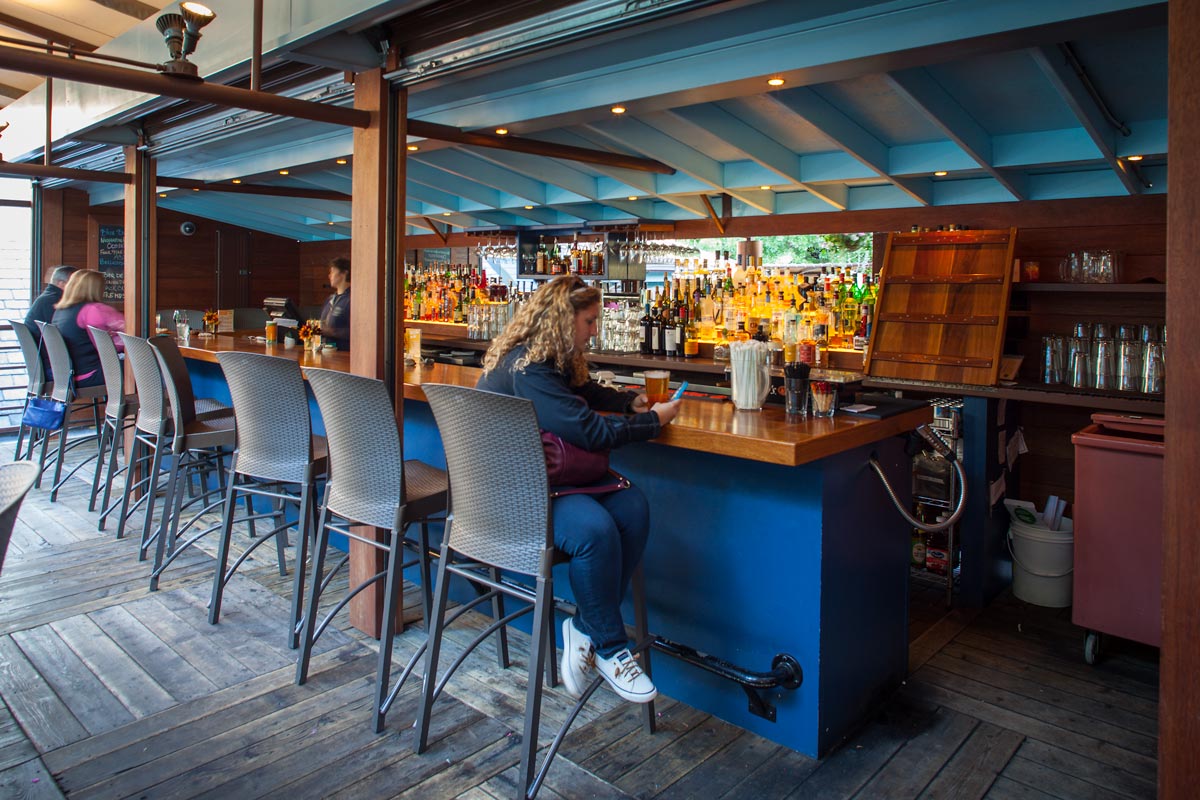